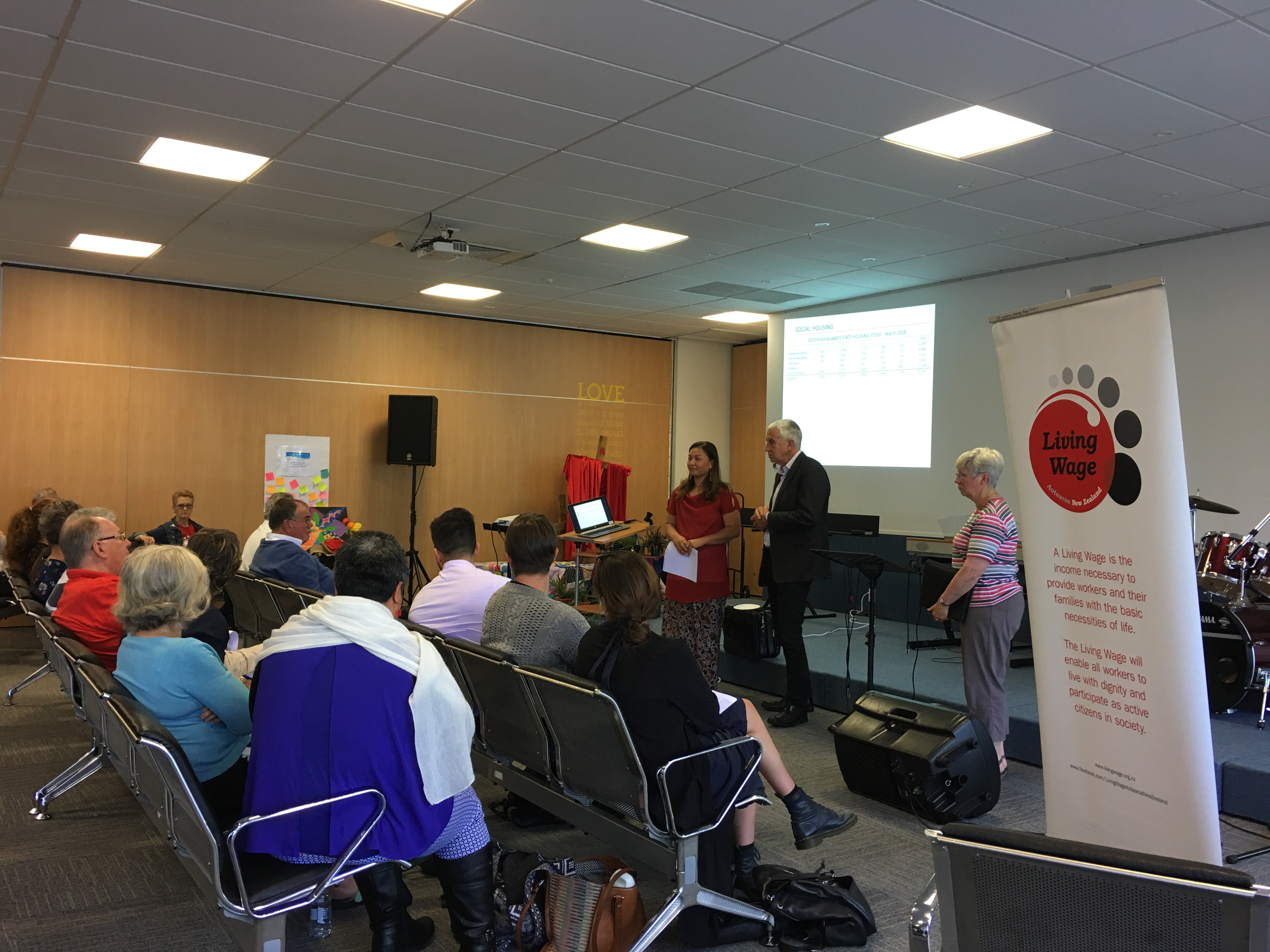 On 16th of November 2018, Greens MP Marama Davidson spoke to South Auckland community organisations about the lack of progress on the Government’s pre-election commitment to build much needed state and emergency houses in South Auckland.

More than ten local community organisations were present at the report back and expressed disappointment that Labour representatives were not available to attend.

At a pre-election Living Wage Movement forum in Manurewa in August 2017 Greens, Labour and New Zealand First candidates made a commitment to the South Auckland community that if they were elected, they would build 500 state houses each year for the next three years and provide 200 emergency houses. This “ask” was based on research done by the Salvation Army’s policy analyst, Alan Johnson.

Following this commitment, a South Auckland Housing Accountability Committee was established made up of MPs Louisa Wall (Labour Party), and Marama Davidson (Green Party) and  and community members from Living Wage, Salvation Army and Sisters of Mercy, Wiri.  The purpose of the Committee was to track progress and report back to the local community.

Alan Johnson presented an overall picture of the South Auckland rental market that continues to remain out of reach for many in our community, despite stabilising rent prices this year. In the past five years, rent has risen by 25 per cent against wages increases of 13 per cent and benefits increases of around 10 per cent. Meanwhile, South Auckland’s social housing waiting list continues to rise.

The South Auckland community organisations will continue to hold Government and its partners the Greens to account for their commitment - and they welcome this.

A public forum is planned for March 2019, half way through this electoral term, to enable the Housing Minister Phil Twyford and other local MPs to report face-to-face with the South Auckland community on progress to date and implementation of these commitments during the remaining term of the Government.